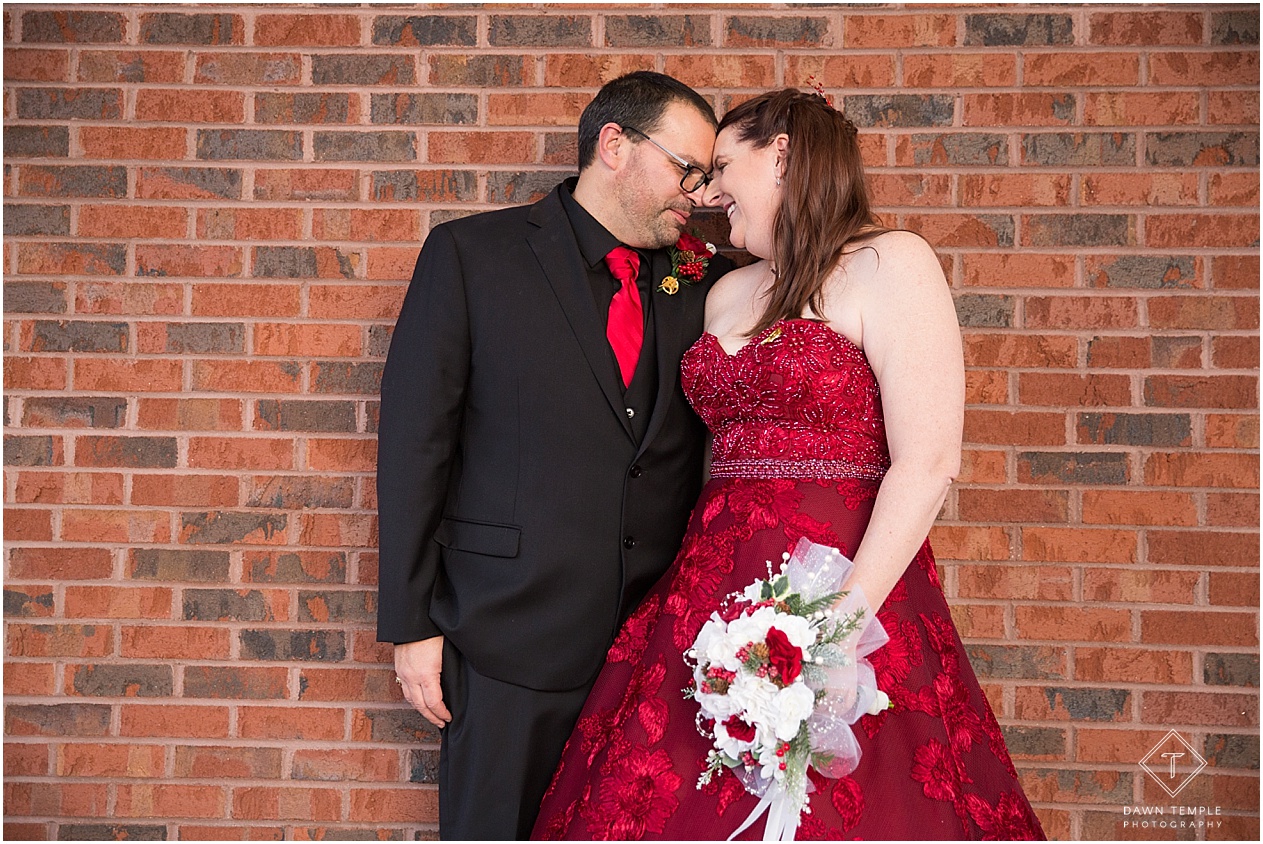 As we approach the holidays, I am happy to finally share this Imperial Room Wedding! I was excited to work with this couple, as they were going to have an eclectic wedding that featured little touches personal to them. For example, they were HUGE Star Trek fans. Each table featured the name of one of the Star Trek starships, and a wooden figure, wearing a Star Trek Uniform. These wooden figures were also featured at the head table, as a facsimile of the couple, in their wedding dress and suit! Speaking of the wedding dress: how amazing that the bride wore a Burgundy dress? She looked amazing, and it was the perfect pop of color for the season!

The couple also LOVED Coca Cola, so they had their own personalized bottles at the head table, with a branded box and opener. And the toasting glasses were etched with one of the most famous quotes from Harry Potter. Take a peek, but I bet you already know!

Taking a look at the other details, the flowers were all silk, made into bouquets by a friend, and the Star Trek Insignia was featured on not only the groomsmen, but also the bride and her bridesmaids. They were super fans, like I said!

As it was around the holidays, the ceremony are was decorated with a beautiful Christmas tree, and its position by the fireplace made for the perfect backdrop for the ceremony.

During the ceremony, there was a lovely sand ceremony, which is a great way to demonstrate the blending of families.

The reception kicked off after some family photos, and was a fun time, punctuated by lots of laughs, dancing, speeches, and a few tears. One of the more notable moments was when the groom’s father gifted his son with a pocket watch that had been a treasured family heirloom.

It was a beautiful day, and I was honored to be there. Enjoy some favorites from the day!