She Said YES! A Green Hill Park, Worcester Proposal. And a Little Advice if YOU Wish to Pop the Question! | Worcester Massachusetts Proposal

I first spoke with “B” weeks before he intended to propose to “C”. He had a great plan as to how he would do it, but there were concerns about the timing, and the weather. After a few email exchanges, we finally came together with a solid plan, which basically led to me being “on call” for a few days, while we waited for the best weather. It was so exciting, as proposals tend to be.

I was especially excited when he said that he was going to be using a telescope as part of the proposal! As a science and space nut, with a telescope of my own, I couldn’t wait to see how he did it!

Once they arrived, and he took her to a good spot, I snuck up the hill to get a good view.

First he got the moon in view with the eyepiece he had, and had her look through.

Once I texted him that I was ready, my cue that he was about to propose would be the changing of the eyepiece to a special one he had made. (See the image later in the post!) 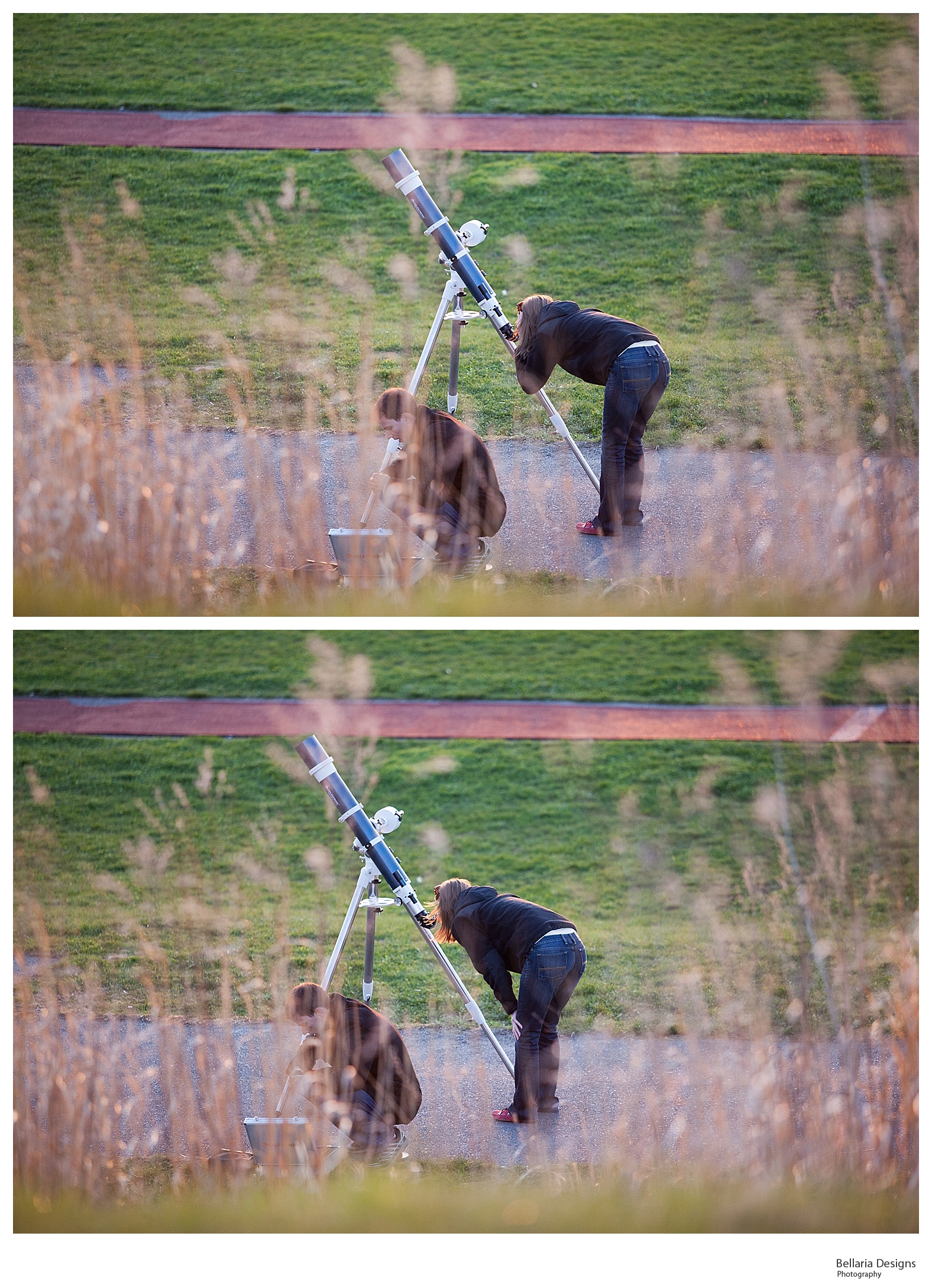 He then got the moon into view again. 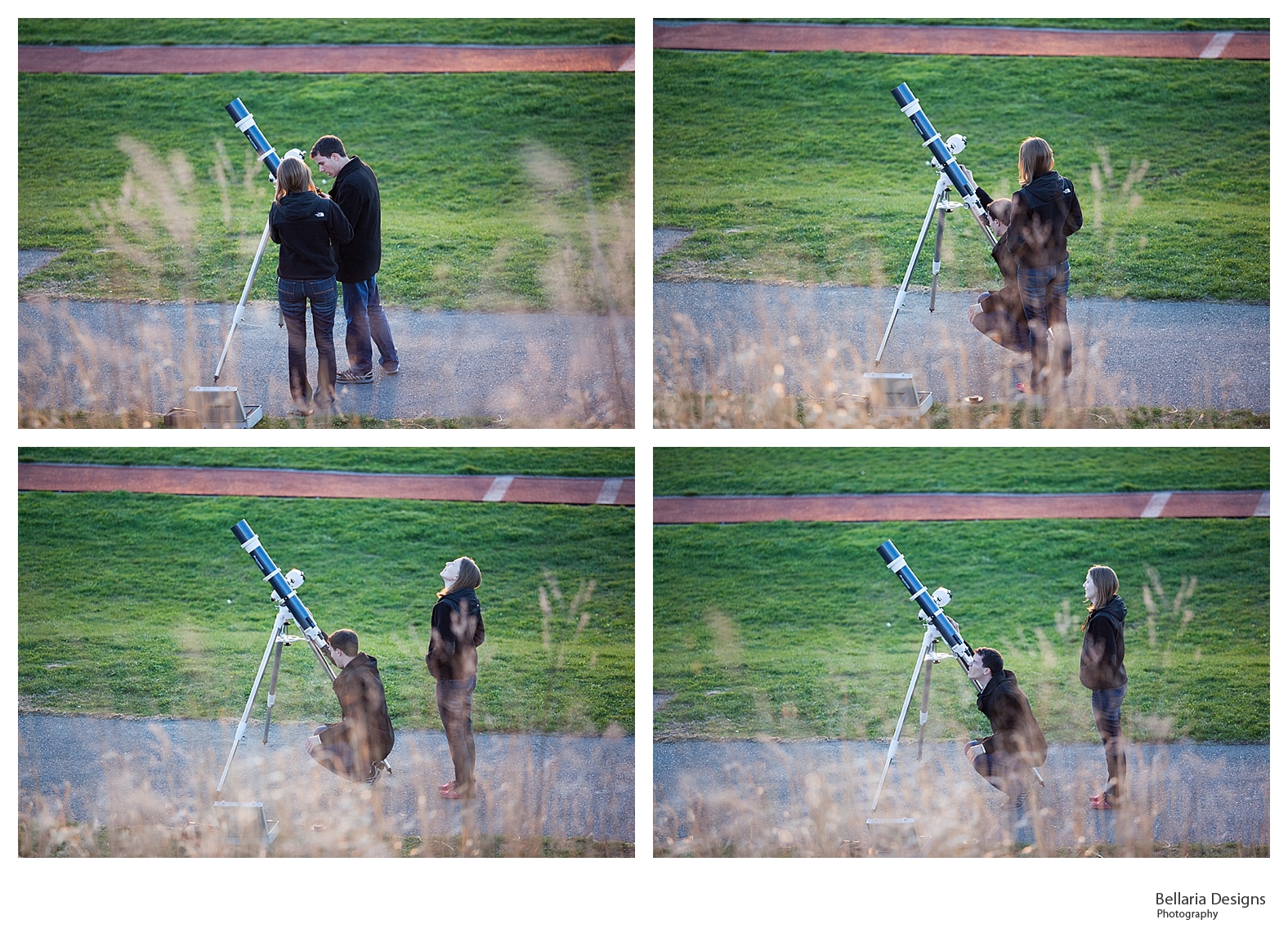 Once it was set, he had her look through again, and then it was time! Down on one knee he went, waiting for her to turn around… 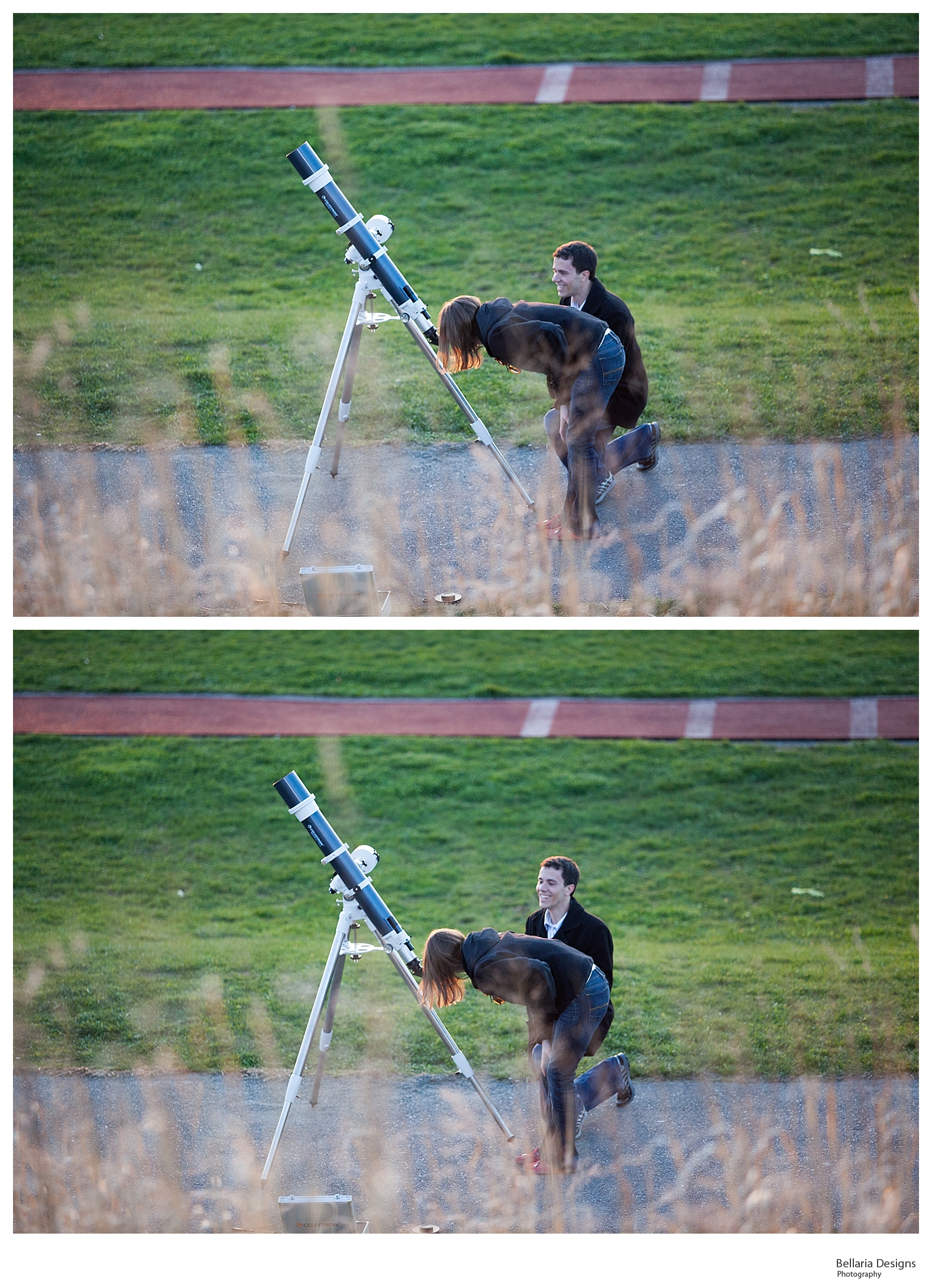 She turns around, sees the ring… 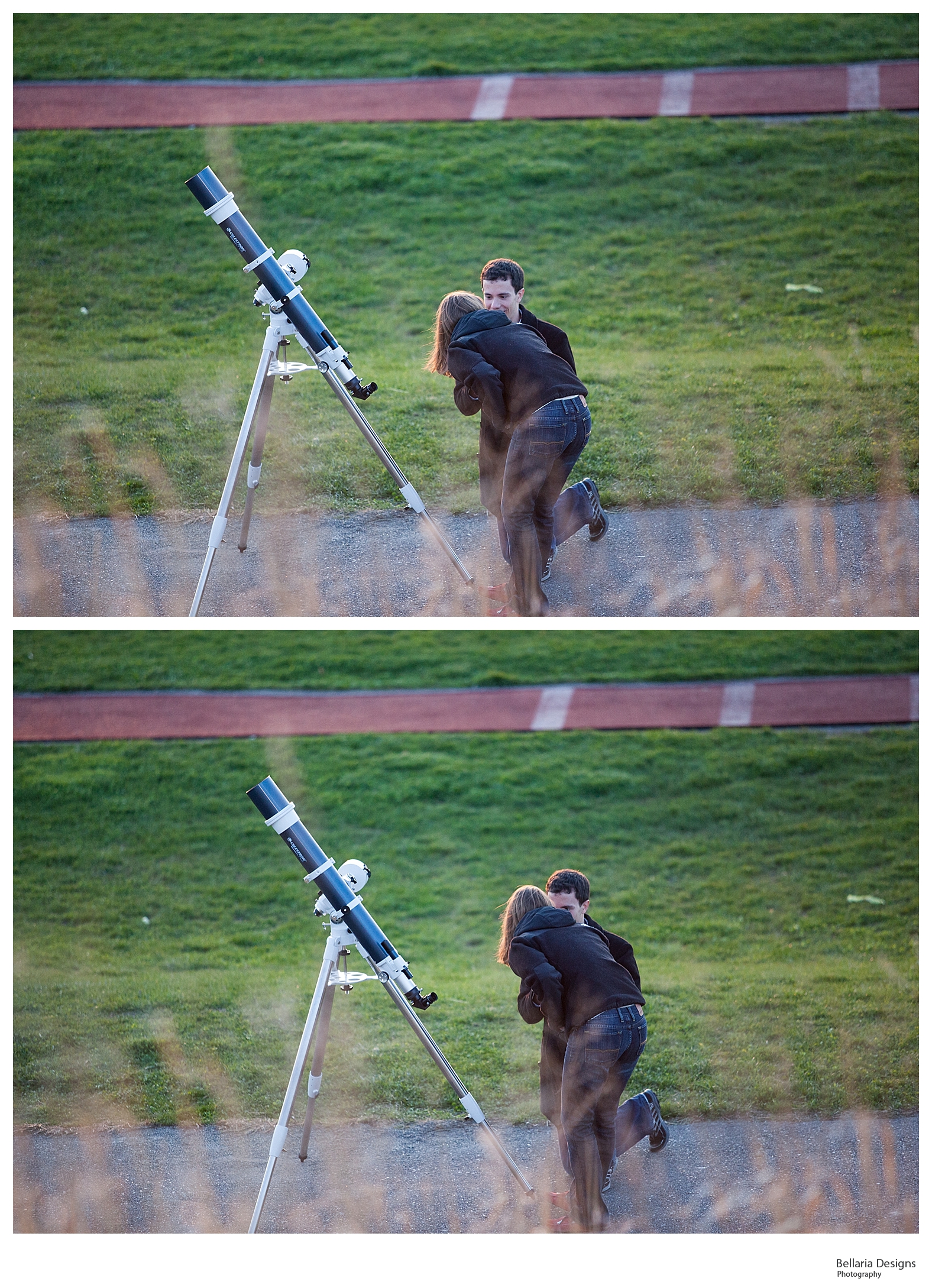 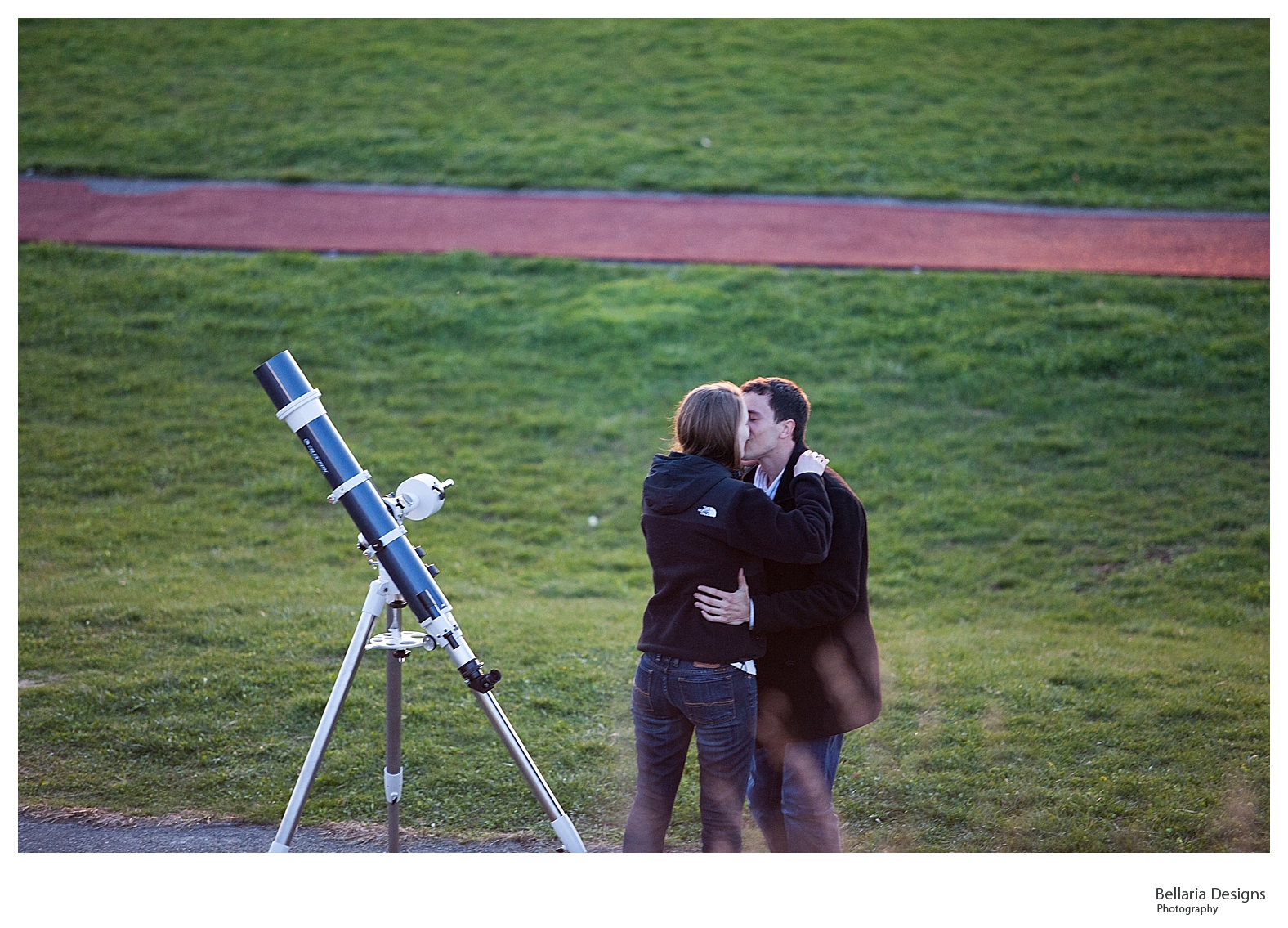 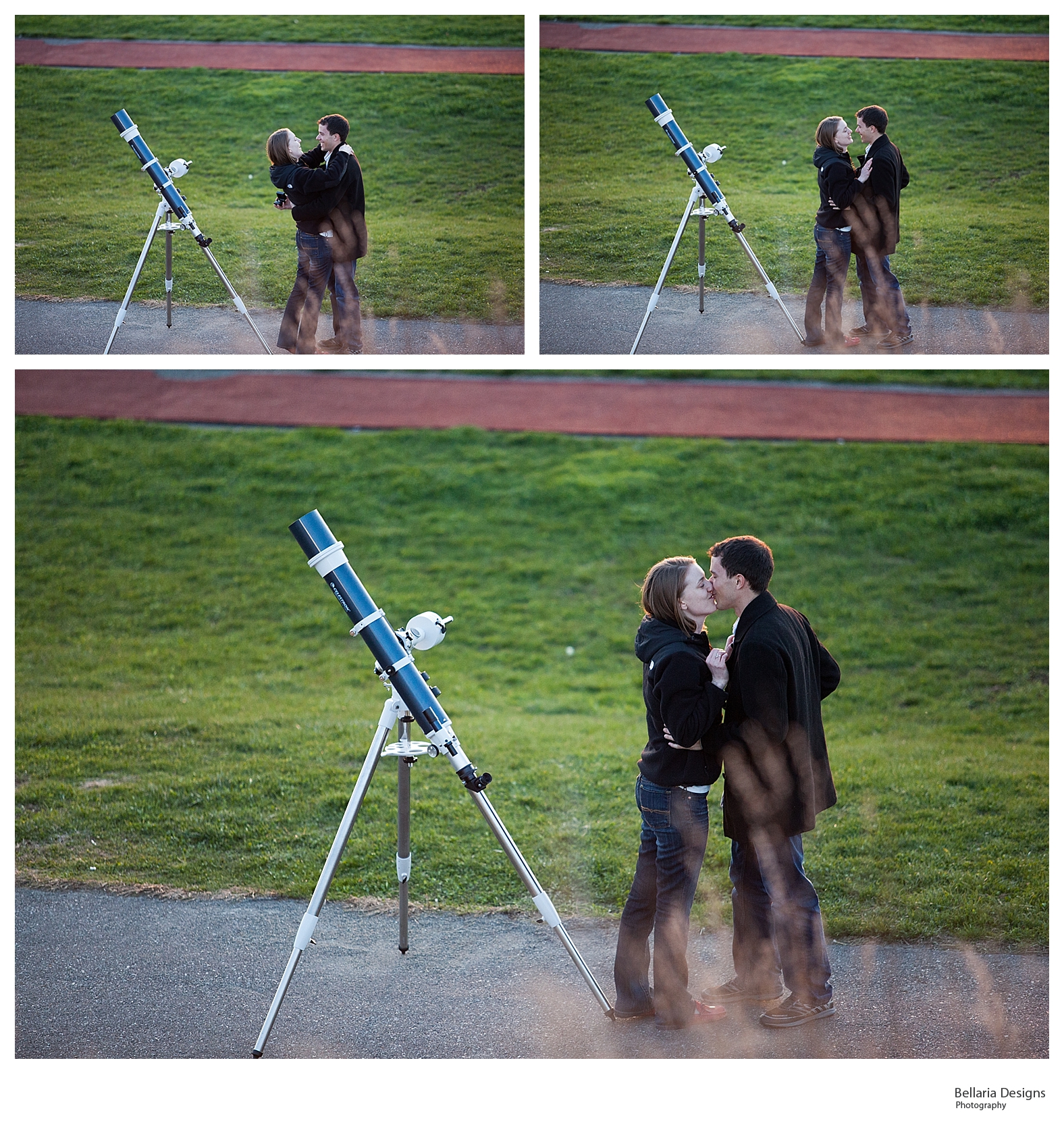 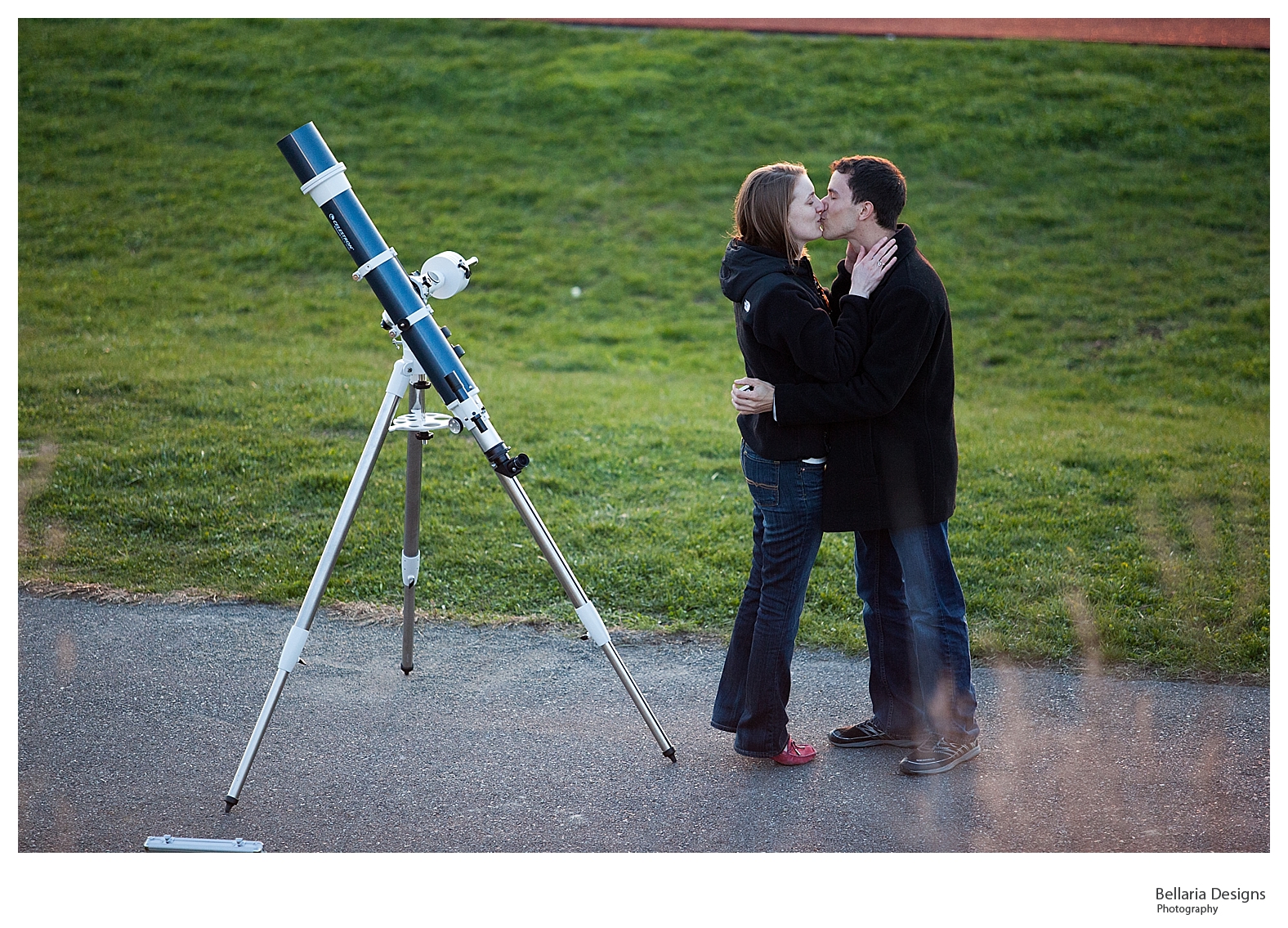 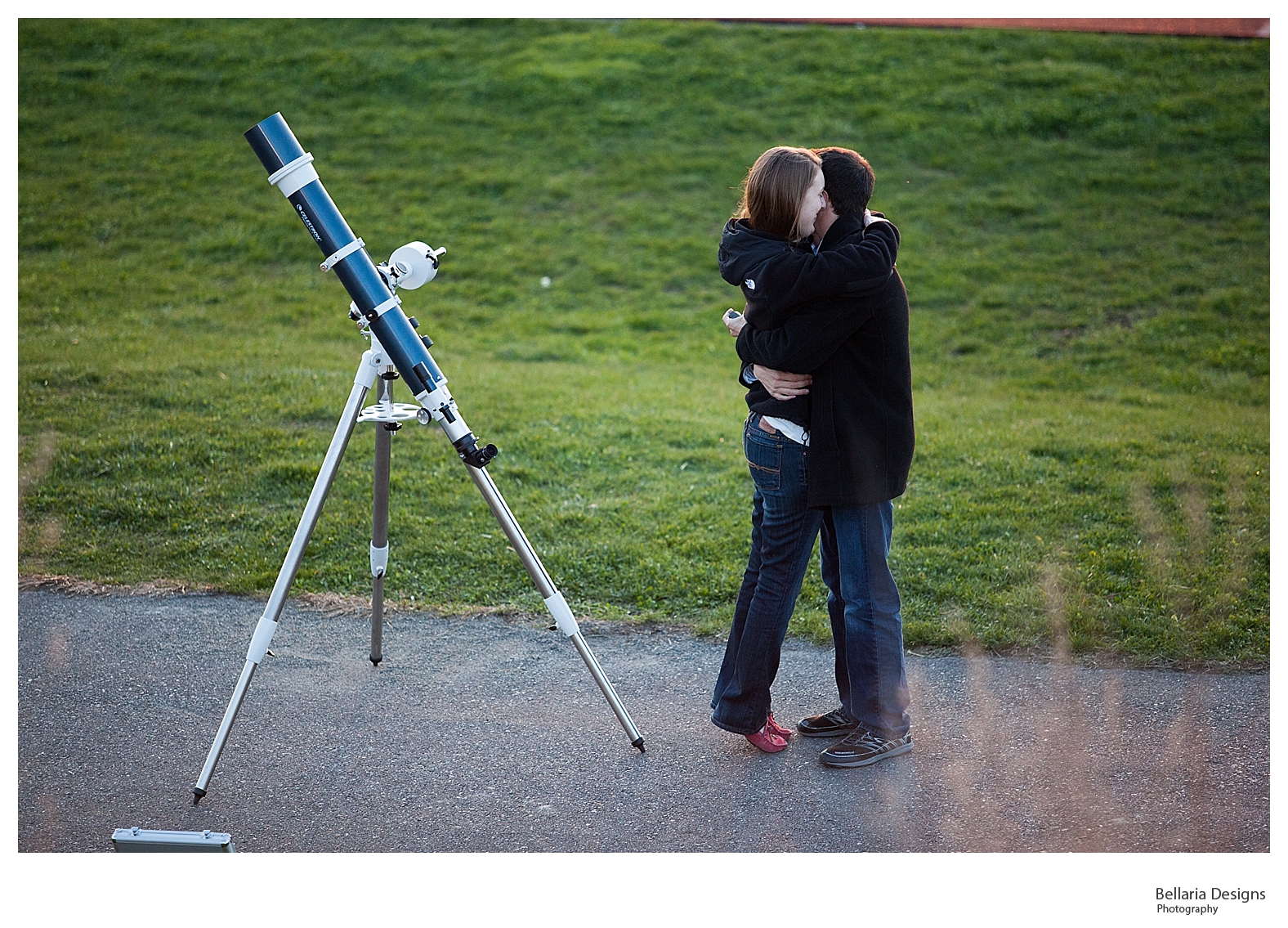 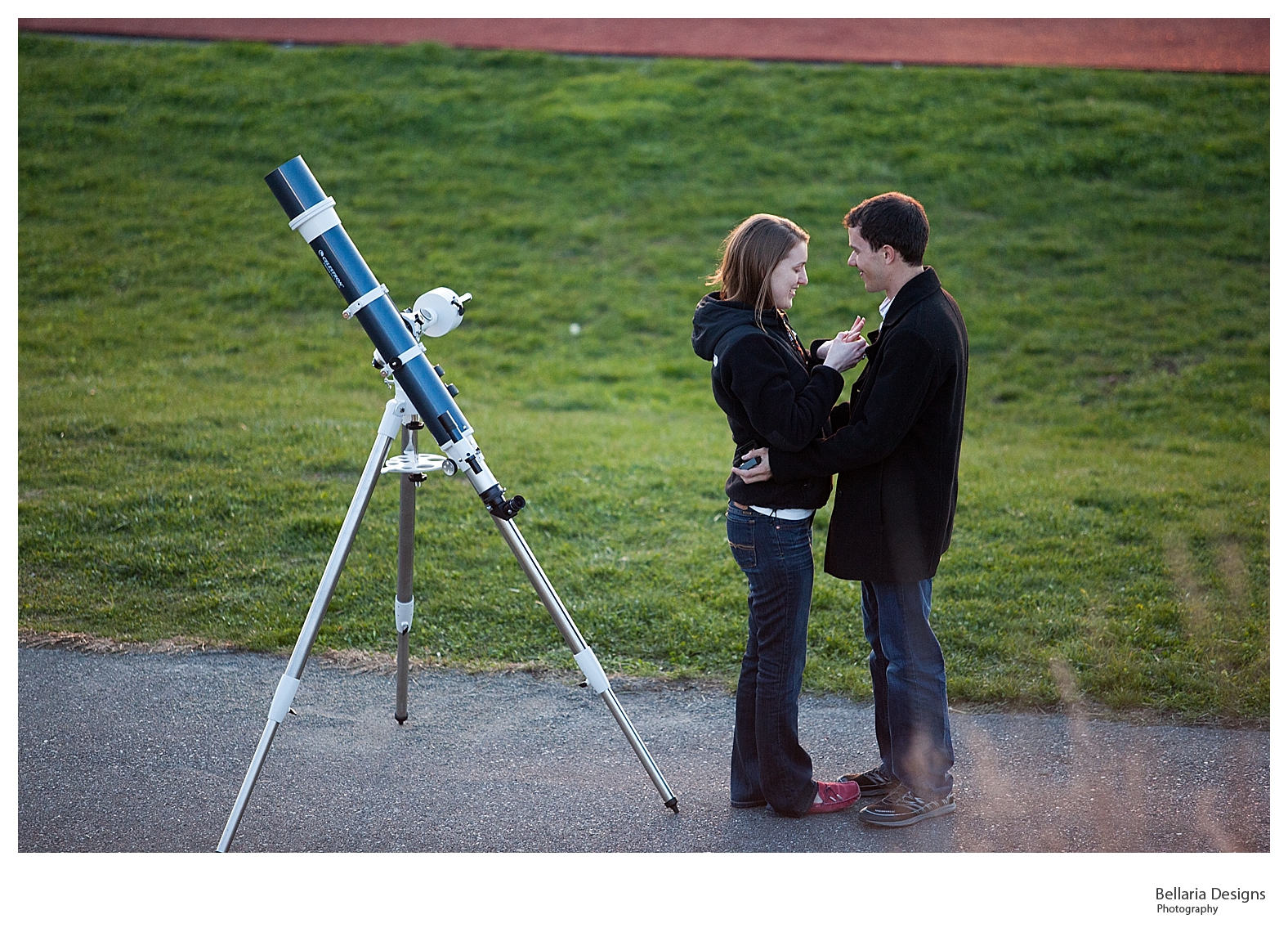 I let them have their time, soaking it all in, before I approached. It was amazing to see how happy they were! We grabbed a few shots before the sun set. 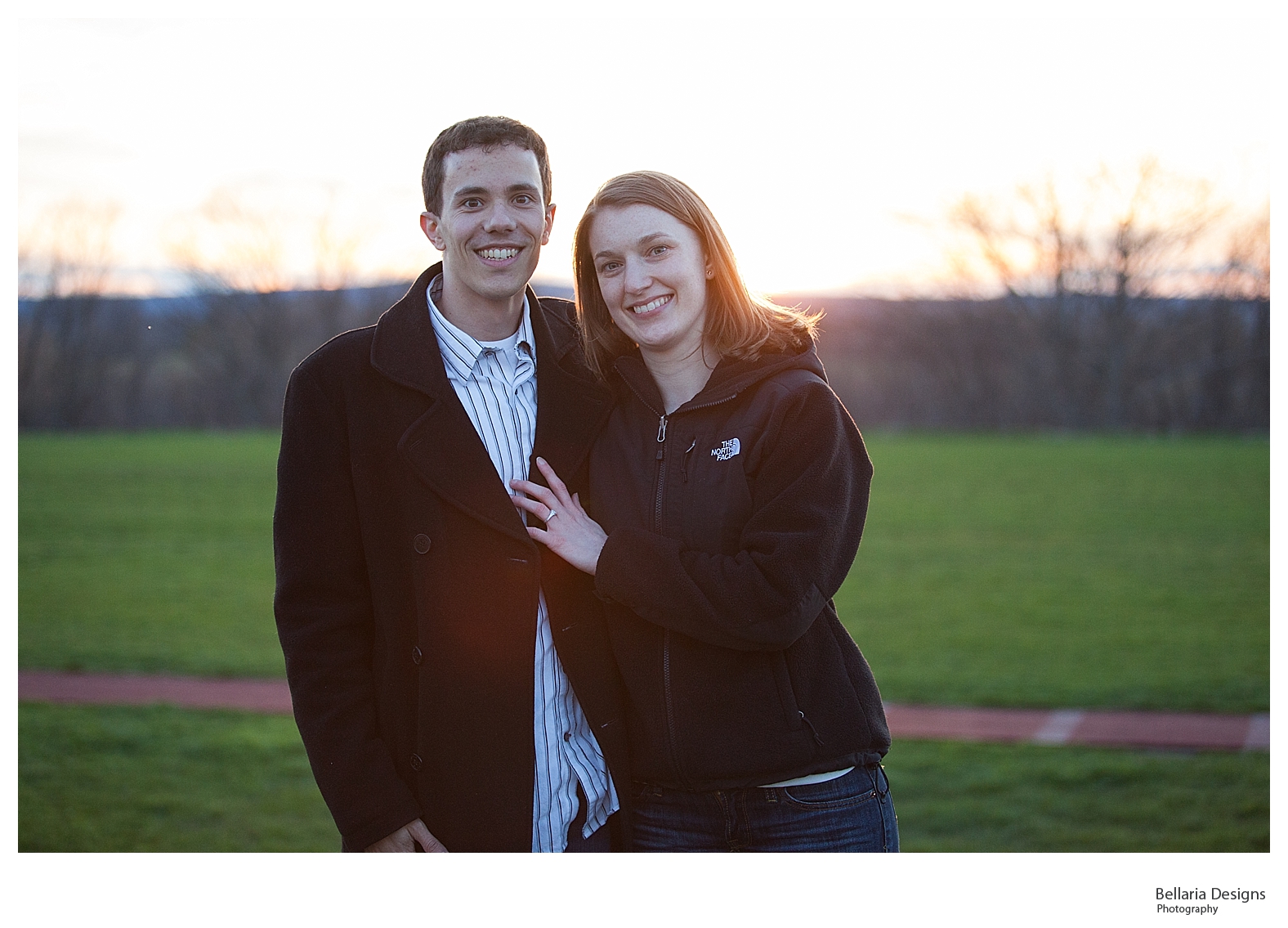 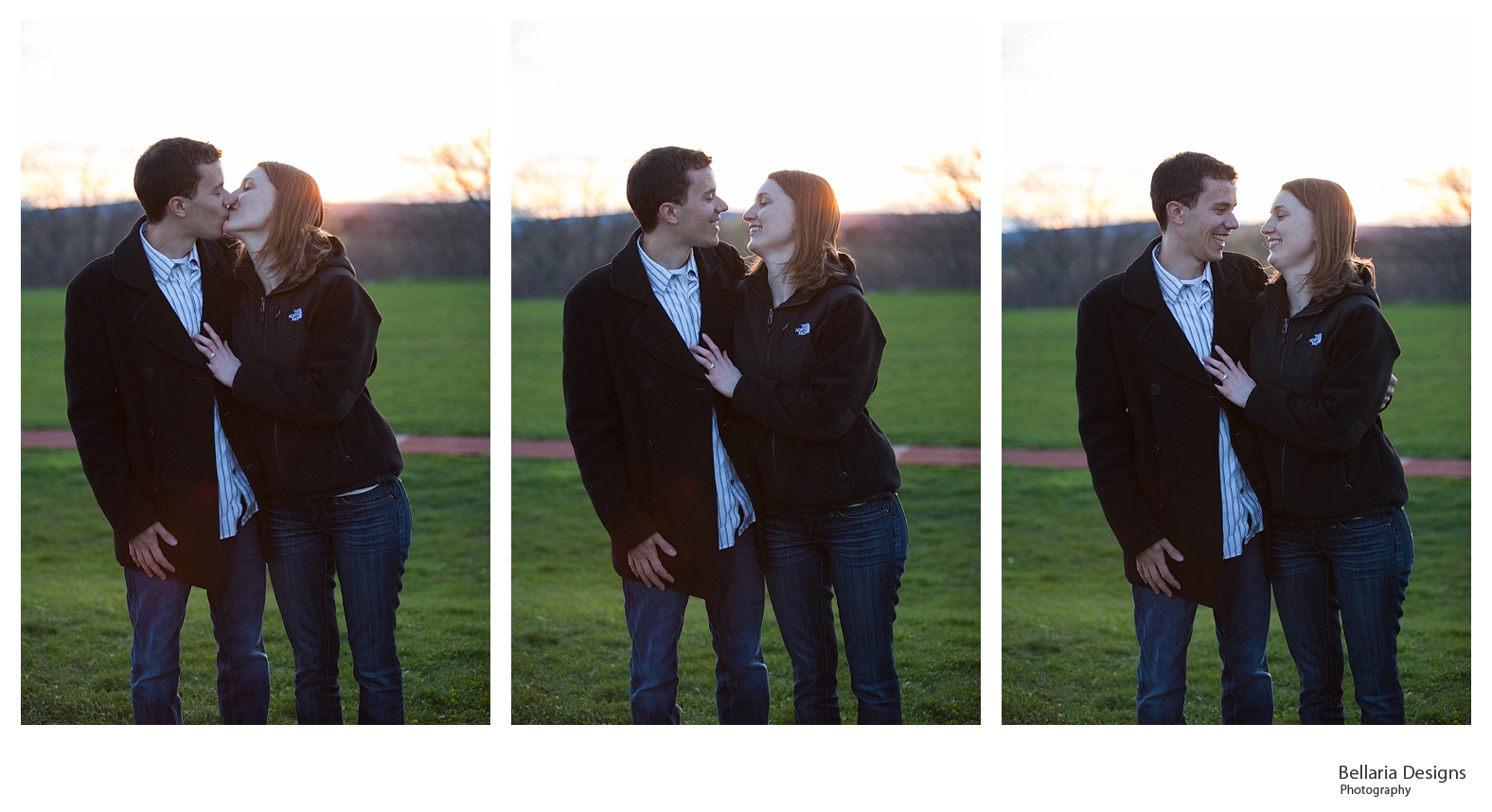 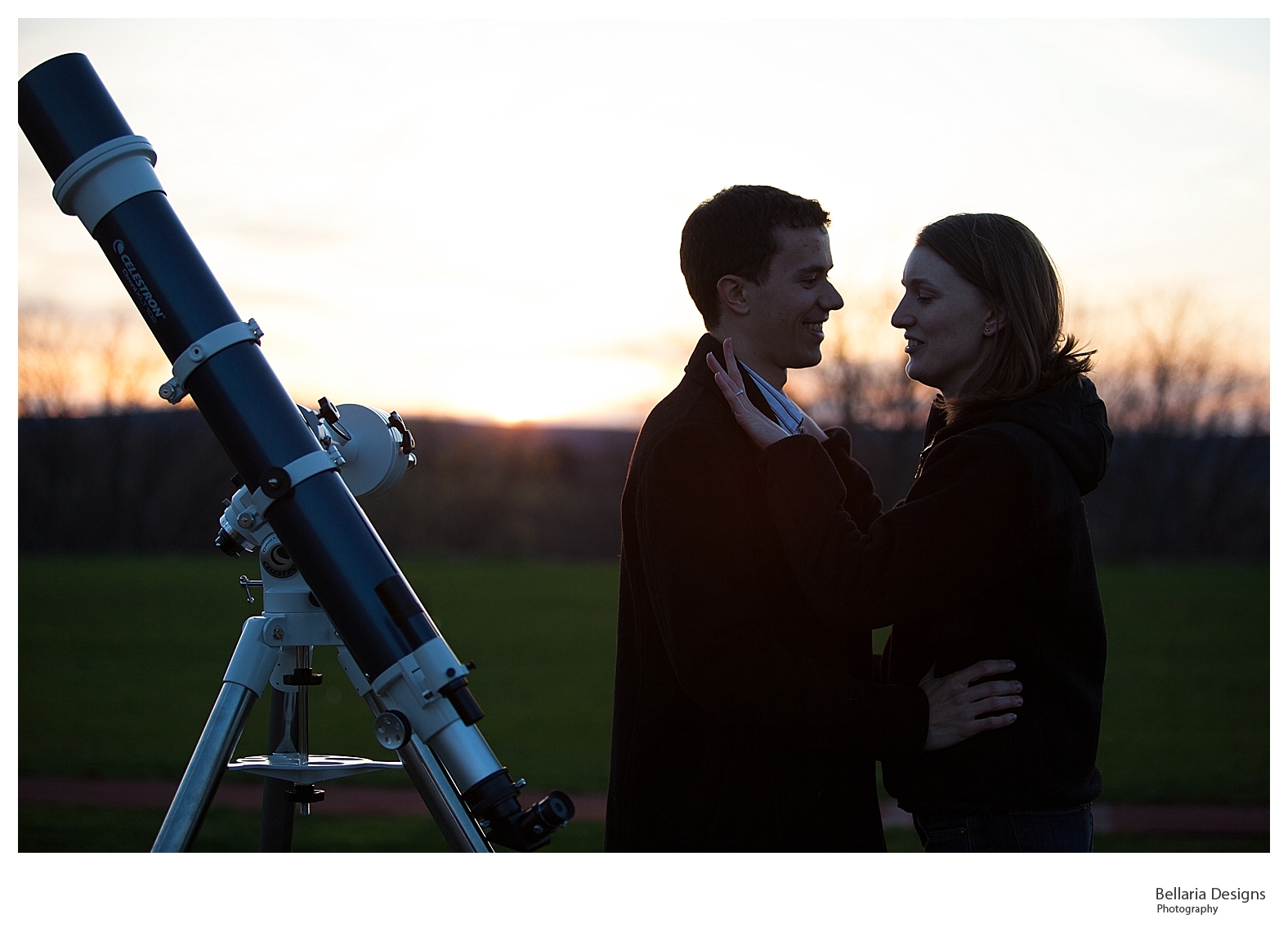 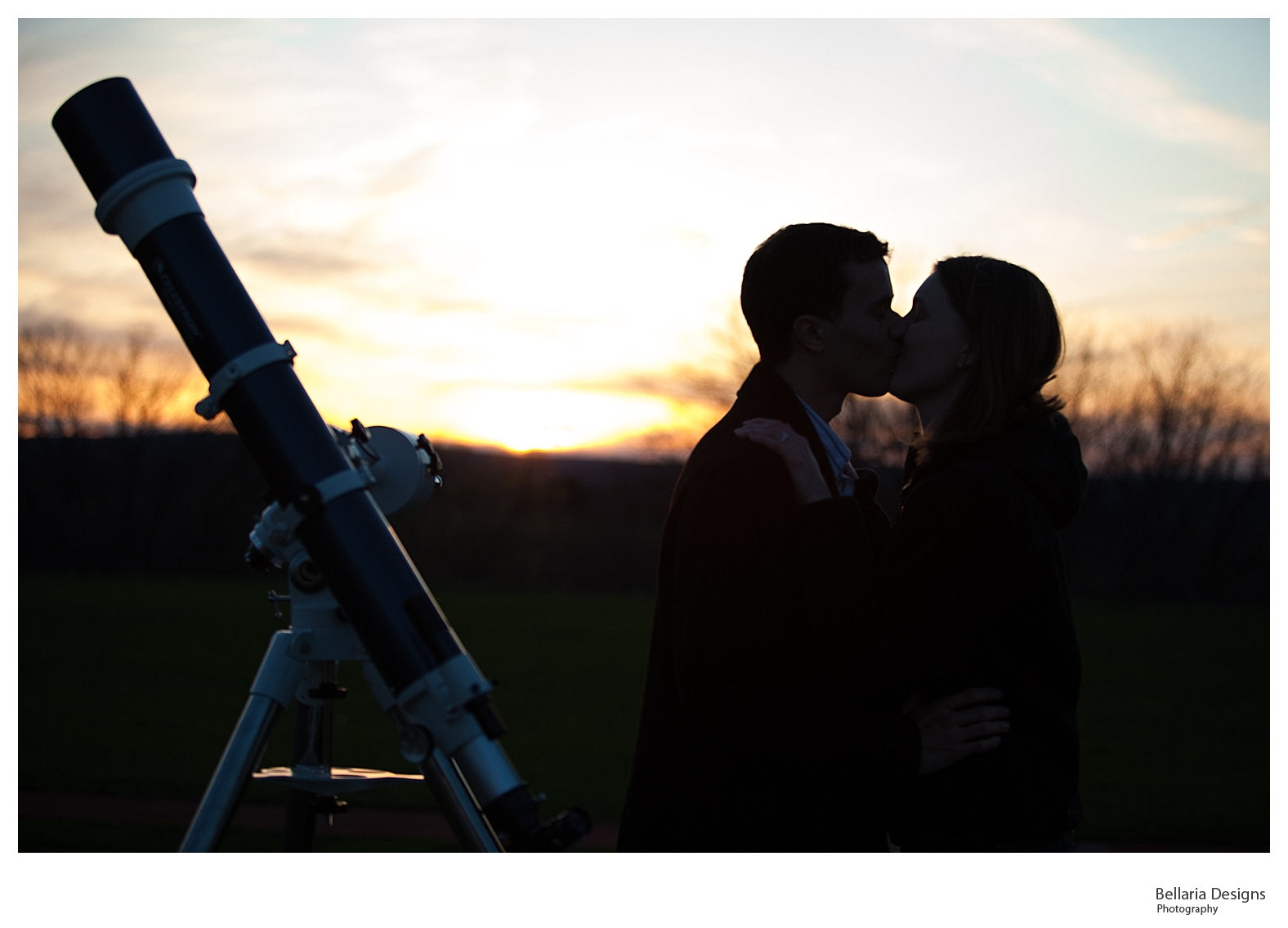 In case you were wondering what was special about the eyepiece, here it is! He had a heart on it! 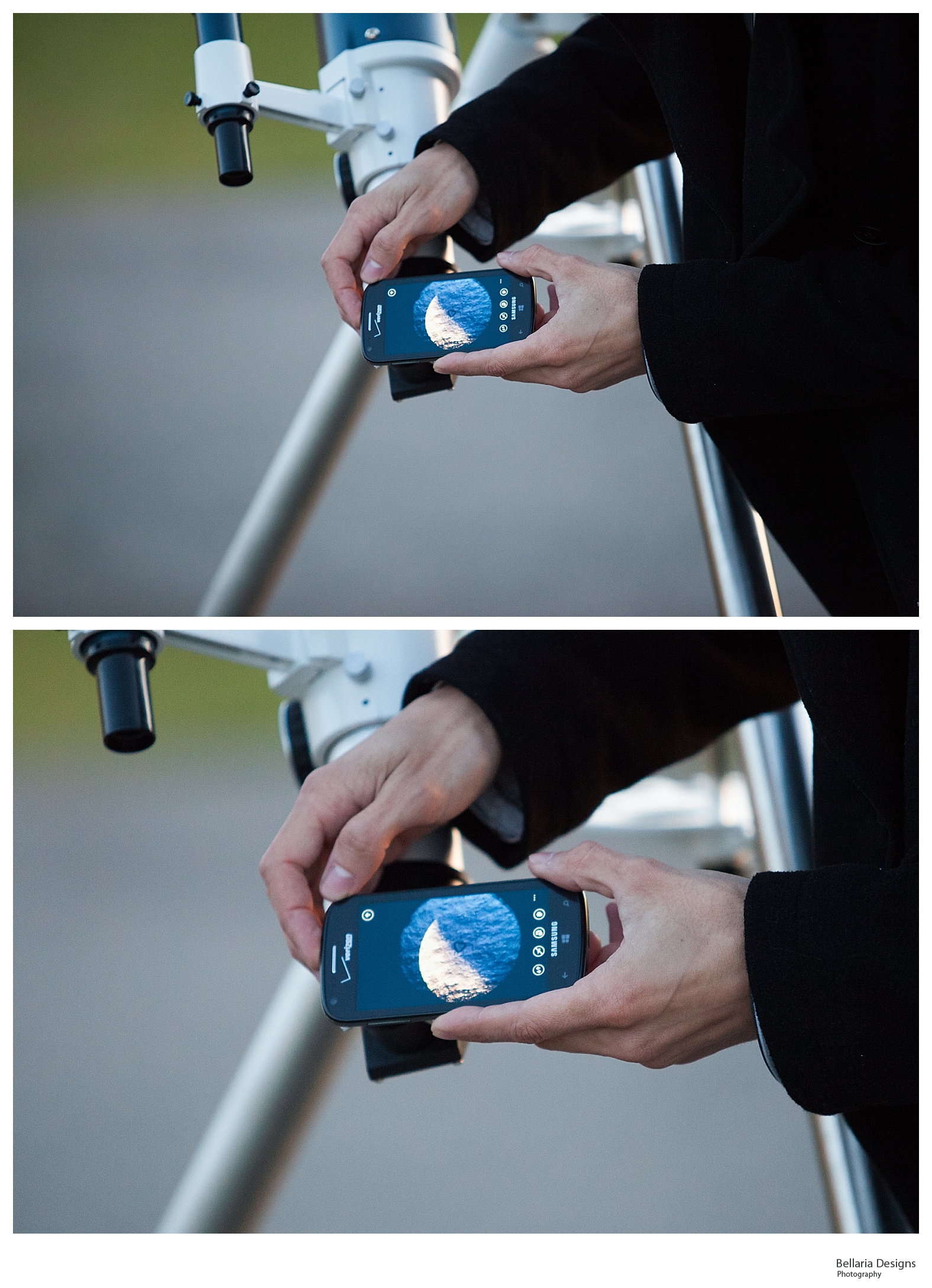 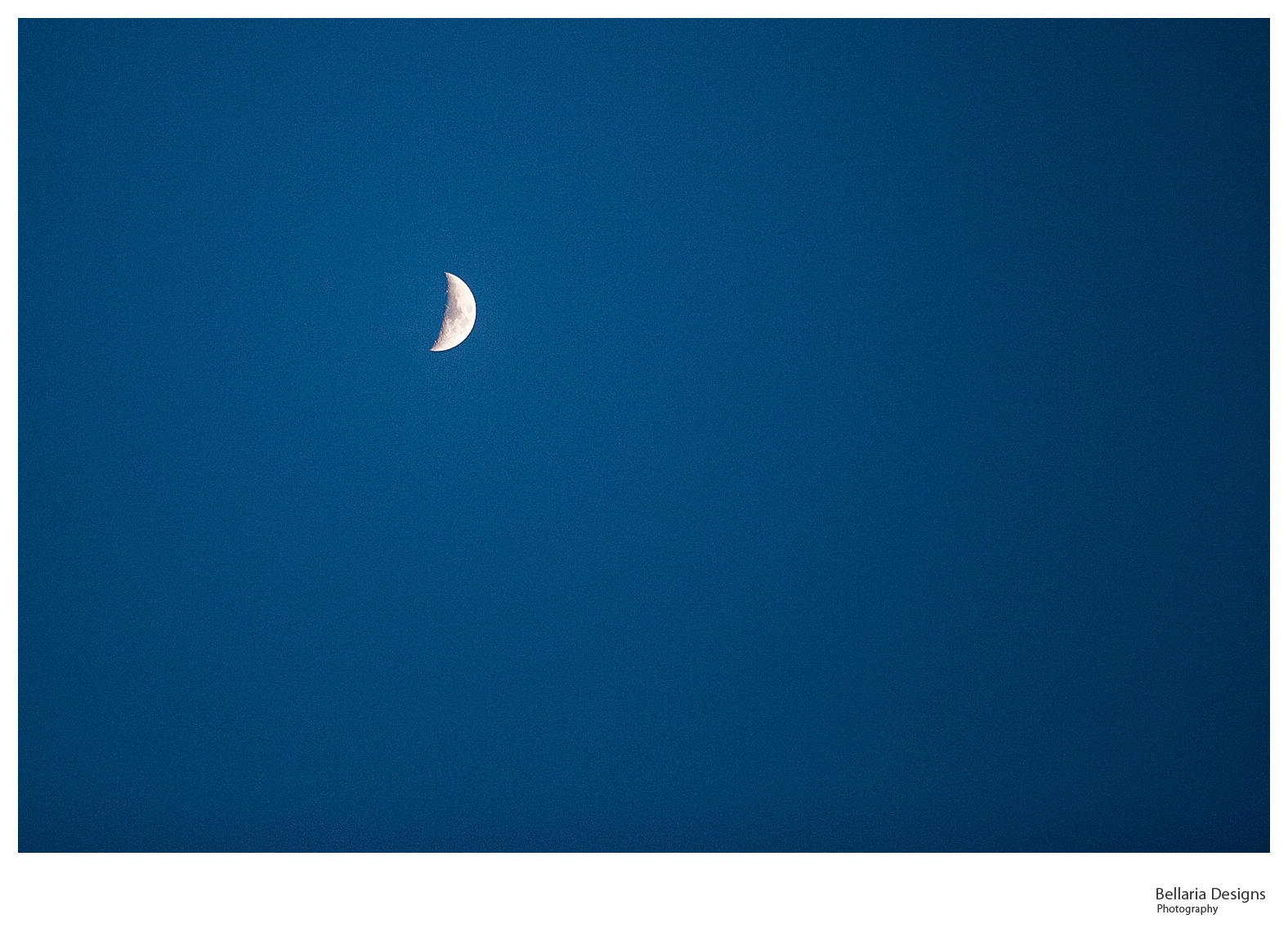 Planning a proposal isn’t an easy or fast endeavor. It’s not only a lot of work for the person planning it, but for anyone else who may be present, including the photographer. It can only happen once, so you must be on your toes! But let’s hear some proposal advice from “B”, himself!

What made you decide to have your proposal photographed?
My fiancée and I wanted to have pictures of the proposal because we wanted to have a memory and keepsake of the event. I also wanted to have pictures taken to use in wedding invitations or to show family and friends afterward rather than just telling the story.
Tell us a little about how you prepared for the proposal.
I first had to decide how to propose, and I wanted to do something that was special to us. I had a few ideas but none really seemed unique to our relationship. It wasn’t until we became interested in astronomy that I decided I wanted to do something with the telescope. My idea was to put a small image into the eyepiece which would be seen along with whatever else was in the telescope’s view.
I first had to plan the time, which needed to be during one of my visits home and also needed to be sometime late enough in the day to use a telescope. I ended up deciding on just before sunset and pointing the telescope at the moon. This time of day meant the pictures would come out much brighter and clearer and it also gave good “golden hour” lighting. As for the day, I wasn’t sure ahead of time which day would have clear weather and had to reserve four days just in case.
A few weeks before, I chose a location and had a few backup spots nearby in case something didn’t work with the first. I also made the parts to fit into the eyepiece and tested them out with a borrowed eyepiece and lens. At this point, all I needed was the weather to cooperate and I could just show up at the time and place and everything would be ready. The weather did end up being clear after a few days of waiting and the proposal went perfectly. It certainly took a good deal of planning but was really worth it.
What helped you make your decision for your photographer?
I decided to go with Dawn after contacting a number of photographers in the area for many reasons. The first was that her sample work showed skilled photography as well as previous experience photographing proposals in ways that were unobtrusive but still captured the moment. I also appreciated her input and ideas during the planning stages; before I had even agreed to book she had put in a substantial amount of work to make sure what I wanted was something she could provide. Lastly, she was timely in responding to emails, gave a very competitive price and even agreed to be available all four nights in case of weather.
What was your fiancé’s reaction once she realized the proposal had been photographed?
I don’t think she was too surprised since we had talked about it being photographed beforehand. I think she was impressed with how discreetly they were taken though and that it didn’t ruin the surprise of the proposal.
Now that you’ve seen the images, what did having your proposal photographed provide you and your fiancé with, that you otherwise may not have realized had you not done this?
Looking back at the images, I feel like the happiness of the moment was captured and will be easily remembered and cherished. The kind of chemistry and emotion captured in images like this are difficult to mimic when posing traditionally for engagement photos. I felt like the proposal flew right by and these pictures give me something concrete to look back on and remember each moment.
Any other advice you might have for someone looking to do this?
First, don’t be afraid to think outside the box. There are so many ways you could propose and if you don’t let yourself settle on something that just sounds good, you’ll eventually think of something great.
Second, don’t be afraid to plan something complicated. I wasn’t sure if my idea was going to work but I knew it was a great idea for us, so I planned all I could to make it happen. Also, don’t take this advice to mean “plan something complicated”, just don’t rule anything out because it seems too difficult or impossible.
Lastly, find good people to work with, it will make the whole process much easier. Take the time to search around for the best help you can get and find people who are willing to work with your plan and do everything they can to help make it work.

Thank you, “B”! And congratulations to you both!

And if anyone out there is thinking of proposing, hit me up! I’d love to be there!